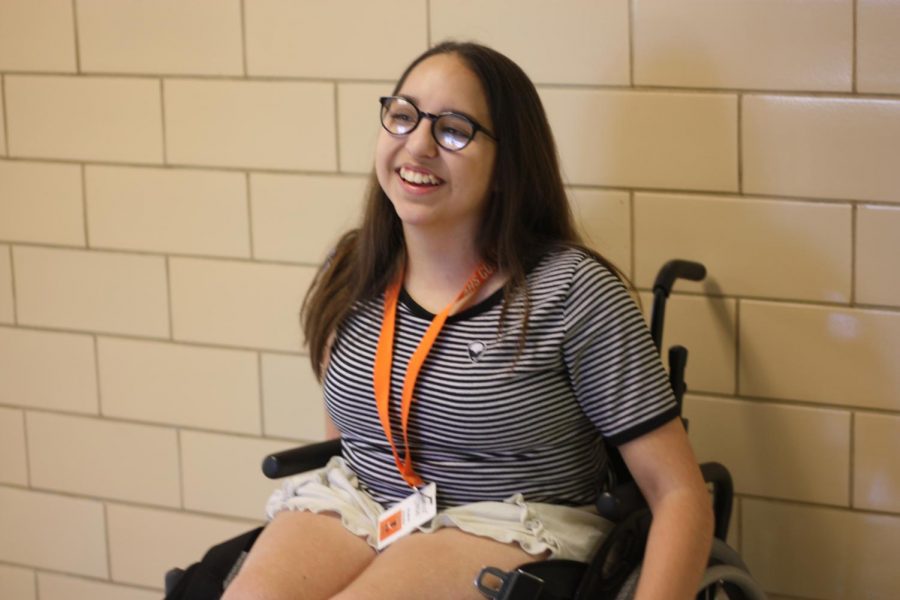 This week on September 14, the Abilene Varsity football team will take on their long time rivals, the Chapman Irish. The Chapman and Abilene rivalry is one of the longest rivalries in history. They won’t just be competing on the gridiron, they will be competing in the classroom as well. Both schools are participating in the “Take One for The Team Challenge”, which is fund-raiser for a student at Abilene High School.

At AHS, each seminar set a goal for how much money they are going to bring as a class. Chapman High School is also coming together to raise money. All of the money raised between both schools will go towards Emilee Dobbs’s who is a student that is living a rare birth defect called Spina Bifida. Spina Bifida is where a developing baby’s spinal cord fails to develop properly. I asked Emily about how she feels about the fundraiser and she said “I just think it’s awesome that they chose me for this fundraiser because I knew it was going to be a lot of money”

According spinabifidaassociation.org, Spina Bifida is the most common permanently disabling birth defect in the United States. It literally means “split spine”. Spina Bifida happens when the baby is in the womb and the spinal column does not close all of the way. Every day, about 8 babies born in the United States have Spina Bifida, or a similar birth defect of the brain and spine. What causes Spina Bifida? No one knows, scientists believe that genetic and environmental factors act together to cause the condition.