AHS at the Kansas State Fair 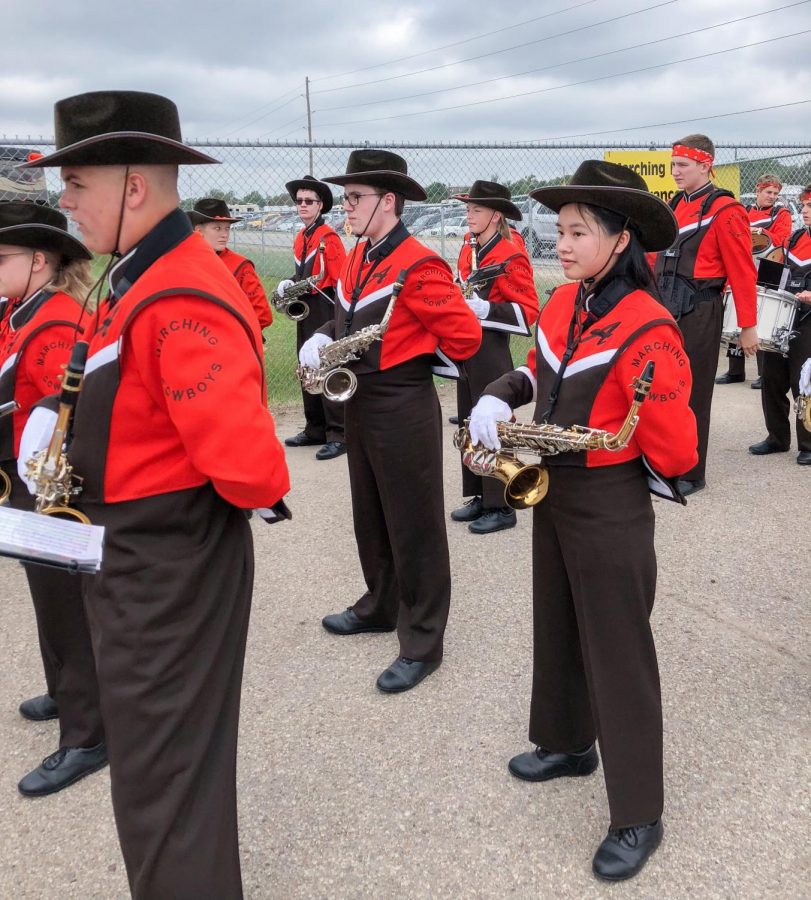 It’s that time of year again:  fair season.  It’s a time when Abilene High School students flock to the Kansas state fair to compete in a variety of events and competitions.  The Abilene band and dance team is one group that drives down to Hutchinson for the annual marching contest.  FFA also heads to Hutchinson to compete in a wide range of agriculture and livestock events.  Not only is fair time a time to eat deep fat fried food and scream on overpriced fair rides, it is also a time to showcase a collection of talents created through hard work and determination.

The AHS band and dance team are notable groups that attend the state fair every September to participate in the marching festival.  Rated by a panel of judges, the band is set to uniform up, gauntlets and all, and march down a block to be judged.  The band’s parade block is arranged in lines that span a maximum of five across.  If students are directly lined up behind the person in front of them and precisely in step with the people beside them, then neat diagonal rows should be noticed by the judges, earning the band positive points.  Other factors that the judges consider when rating a marching band is sound projection, whether members are in step or not, and overall appearance.  The scale of judgement ranges from one to five (five being ineffective and one being outstanding).  Fortunately, the band has never been given an ineffective rating, usually earning above a three.  This year, the band proudly returned to Abilene with a I rating.

FFA attends the state fair to compete as well, though for completely different reasons than marching.  FFA is an organization with a multitude of events for students with with different interests to participate in.  Whether a student is only interested in horticulture, agriscience, food science, live stock, or all of the above, they have the opportunity to compete at state fair in a handful of events to earn prizes and recognition.  Through these competitive events, FFA students learn valuable life skills such as public speaking, critical evaluation, and self-improvement tactics.