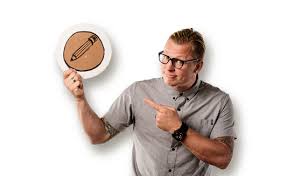 What is hope? Is it when you believe in something and try your best to see it happen? Many people have hope in what they do or what they believe in. Like some kids hope to grow to be of six feet tall. Other kids hope they will be a famous musician. Many people try to inspire hope within their peers. That is the job of one Eric Samuel Timm.

Eric is an artist/public speaker. He came to our school to talk to the student body of AHS. He first started by painting a really neat picture of Abraham Lincoln and making American History teacher Janeal Schmidt do a Fortnite dance for 5 dollars. We asked Timm why he does this for a living and he said, “The thought of bringing a person who is having a bad day a good feeling really makes my day.”

Eric then proceeds to talk about words. He says that words we say can never be taken back so don’t make somebody feel bad about themselves. He then makes a visual representation of this by having sophomore, Chris Martinez and freshman, Mikuas Mazo squeeze toothpaste out of the tube. Next he nonchalantly tells them to put it in back in the tube, which is impossible.

After all of this he then paints a picture on a canvas. That reads, “DEATH” after painting the picture he turns and talks to the crowd about people he’s influenced and how we can leave an impact on other people ourselves. After talking to the students he then reveals that flipping the painting upside down it also says, “LIFE.” 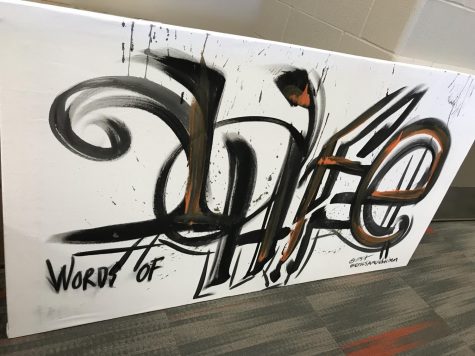 Painting Hope was a pleasant experience for our school. It’s really inspirational for students when we have a speaker come to the auditorium for such a significant assembly.