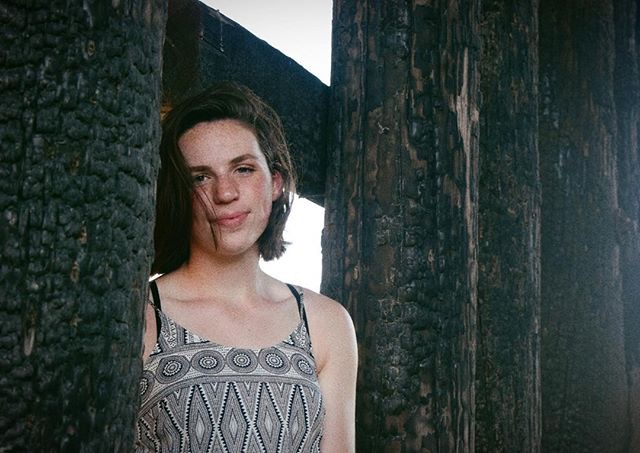 Like any holiday or annual tradition, homecoming week is back and in full swing for the 2018-2019 school year.  With the spotlight on candidates Emily Burt, Sydney Burton, Faith Meuli, Brenna Riffel, and Rylie Volkman, the student body of Abilene High School is now faced with the question:  Who should I vote for for homecoming queen?

The purpose of homecoming week started out as an event for students and alumni to reunite and reminisce at the first home football game of the year.  It marks a time for students to feel a unique sort of school patriotism, and by the end of the week, a homecoming court is typically voted on and celebrated.  However, at Abilene, rather than having an entire homecoming court, a single homecoming queen is elected out of the class of seniors.  The senior class is asked to narrow the vote down to five, and at the end of spirit week, the full student body is able to vote for their number one candidate.

Every election has specific factors that make one candidate stand out from another, and the homecoming election is no different.  So what qualities do students at AHS take into consideration when choosing a homecoming queen?   A person is never entirely one thing or another, so there is always an inevitable amalgamation of characteristics that

students evaluate when selecting their queen.  Narrowed down into general categories, the four most prominent characteristics that come to mind for most students are:  intelligence, popularity, personality, and appearance.

Each characteristic has a different weight and value for each voter.  Voting on appearance alone, for instance, can be a delicate and controversial act.  As members of an evolving society where beauty standards have been working towards realistic standards, voting on a homecoming queen by how they look can come across as shallow in many instances.  Every person has their own definition of beauty, and the widespread cosmetic and fashion industries have shaped that definition over the years.  However, it has become apparent that the real beauty is on the inside.

Appearance can mean a plethora different things, and besides the typical idea of a perfect figure and pretty smile, hygiene is also a major component to appearance.  “I don’t think appearance is everything.  Just because someone looks a certain way doesn’t mean that defines who they are,” says freshman Avery Anguiano. “I believe personal hygiene is an important part of appearance.  If you have bad hygiene, then you cannot achieve the appearance you want.”  While a homecoming candidate could be the most pulchritudinous and congenial person to everyone they

crossed paths with, halitosis, hair that hasn’t been washed in over a week, or general body odor are important factors that tell a lot more about a person than how prim their appearance is.  Good hygiene is a reflection of how a person sees and values their body, which directly correlates with physical appearance in a less conceited manner than voting off of the aspects that cannot be controlled.

On the other side of the coin, intelligence is also a prominent factor that many students consider when choosing a queen.  Again, intelligence is a rather broad term, but the first thing that comes to mind for high school students is basic academics and GPA.  While most people would not consider voting based on intelligence to be as shallow as voting based on appearance, it is actually the exact same situation.  With appearance, beauty is often the focal point for voters, but with intelligence, it’s all about the numbers and letters at first glance.  Comparing and favoring one candidate over another based on a score of percents can be just as discriminating as comparing candidates on their face and style.  Sophomore Robbie Keener weighed in on the topic by saying:  “I think that it is a little shallow to vote based on intelligence because you need to think about how they are as a person too, how they treat people and their personality.”  Letter grades can be bent and manipulated based what the classroom teacher sees as fit, and that just doesn’t fully encompass what a person is worth.

Besides the standard definition of intelligent, there are a million other ways that  people can showcase their inner intellect.  People can be

intelligent in the arts, the sciences, the even tool shed.  What’s great about the homecoming candidates this year is that they are each involved in multiple spectrums of intelligence.  Many of the, participate in multiple sports, art courses, and music classes.

Character is another general quality that students take into account when deciding who they should vote for for homecoming queen.  When asked to poll in on what quality they considered the most when voting on a homecoming queen, 71% of the 31 AHS students at who took the online poll voted on character.  Unlike appearance and intelligence, a person’s character is wholly up to them.  A person may not always have control over how they look or how well they comprehend various concepts, but a person is always able to control how they handle situations and treat other people.  There is always room for kindness, and each of the five homecoming queen candidates represent that every day at AHS.  Personality and congeniality are what make each person stand out in their own spotlight, and each person has their own strengths, which makes the voting process all the more difficult.

And finally, the fourth characteristic that student voters consider when electing their queen is popularity.  With popularity comes the question of what popularity even is.  “Popularity is honestly just a ‘rating scale’ made up by yourself,” commented Naomi Dannefer, a freshman, “The ‘popular people’ are different for every student at school, same with labels.  You define who is popular based on past experiences with them.”  Being popular has gained a somewhat negative connotation over the years where if a person was an athlete, they were automatically considered to be one of the popular kids.  That can be true in some cases, but in general reality, it’s a combination of all of the characteristics above.  To be well liked by people in general means that a person would most likely have to have good hygiene, some form of intelligence, and a relatable personality.

When it comes to electing a new homecoming queen, there are a thousand different factors that could be considered for each candidate.  With the four most notable qualities that are considered being appearance, intelligence, character, and popularity, the voting process is much more difficult when each quality has its own weight and perspective.  There is no right or wrong when considering one quality over another, but it is important to keep an open mind during the process.  Each candidate has definitely made their mark on AHS over the past four years, but there is only one homecoming queen, so congratulations Queen Emily!