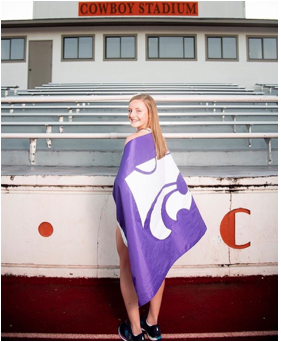 Sydney Burton finished 5th at 4a state last Saturday, topping all her previous performances and placing the highest she’s placed in high school, “she’s a great team leader and really competes well at every meet” is what Damian Hartman, a senior runner at AHS had to say about her. Sydney also plans on going to Kansas State to continue her track and field career. She’s had a great support system at the school including a mother who’s apart of the science department and a dad who’s an athletic director and a Vice principal here at AHS. This year she has also had another sibling in the high school with her. She is a returning basketball starter and plans on helping the cowgirls to a successful season.