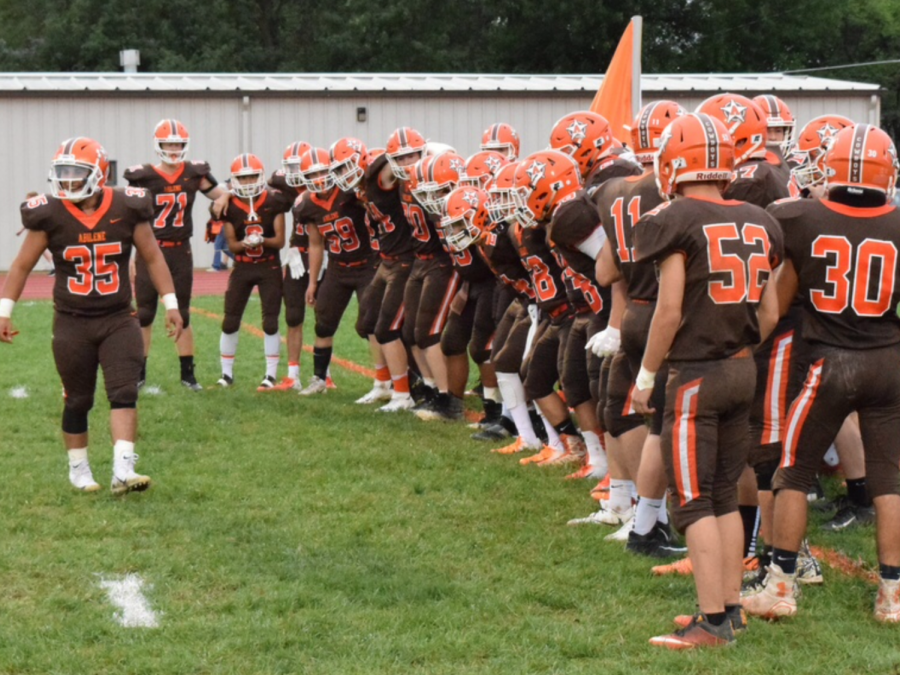 Senior David Pinedo (35) hypes up the Cowboys before a game. (I/C: Dave Linn)

The Abilene Cowboys football season came to a screeching halt on Friday, October 26th as they faced the Ulysses Tigers—and this time, the outcome was much different. The Tigers stomped the Cowboys, 28-0, in perhaps the worst offensive showing of the season. Unfortunately, this was the end of the road for the 22
seniors on the Abilene squad.

Abilene couldn’t get anything rolling on the offensive end due to little mistakes: turnovers, missed blocks, and poor execution. Senior Preston Boyd stated. “We couldn’t get our man off the ball, so we couldn’t move the ball. Our runningbacks couldn’t get far and they did a good job adjusting from the previous game.” The Cowboys finished the season with a 4-5 record and hope to return around 9 seniors-to-be next year.