Where are the Seniors? 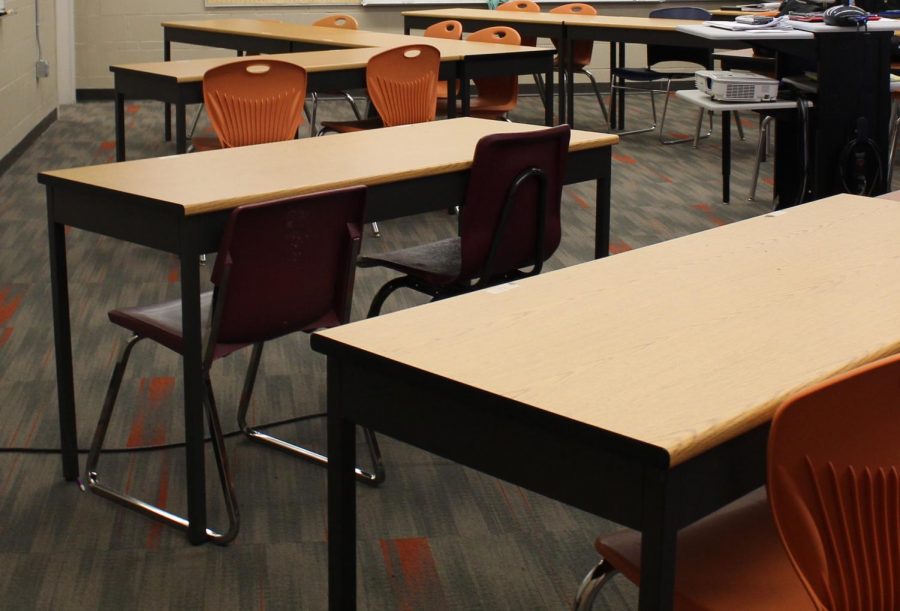 As of January 2019 the class size of Seniors who attend classes in the main building has become smaller with the new introduction of Reduced Schedules. Significantly smaller senior classes are electives. The classes that seemed to be dropped are ones that do not give seniors a needed credit to graduate, and that they have decided do not give them a good enough reason to be at school.

Finding Seniors to interview for this story has even become a problem.

Another problem with the reduced schedule is having a class like Yearbook, Five Star Studios or The Booster, and if Seniors chose to drop the class, the staff becomes smaller. When Second semester began many seniors of the Booster staff left, leaving us with 6 staff members only two of which are Seniors. Senior sports Editor, Lucas Cook, and myself Booster Editor, Rebecca Scheller. Many of us had to take on stories we normally would not have interest in and double our work load. Part of the reason our issue has become a double feature, having January and February stories, is due to not having enough members on staff.

When talking to Ms. Stohs the English 12 teacher, she expressed many of her perspectives on the Seniors who have reduced their schedule, and the impact she has seen it have on them. She discussed how some responsible students have reliably made it on time, and some others have made a habit of not getting to class. She also explained that having a reduced schedule is not always a bad thing, but when a young adult is not ready to prepare themselves for the world they can lack the responsible skills to get assignments done. When given extra freedom it has been viewed some Seniors were not ready for this type of commitment, and raises the question: Why were there not gpa or attendance requirements?

According to Dr. Ben Smith, “Our Valedictorianship is based on simply GPA and not on number of classes taken or types of classes taken.” He continued that there were no real disadvantages determined at this point to having a reduced schedule, and explained, “…there might be a misperception of what a reduced schedule means in terms of competitiveness on a scholarship versus someone who takes all their classes, every student that does a reduced schedule has their own story. If I have taken everything by the time I’m a senior, and so the only thing I can take is a bunch of assistantship or workplace experience classes in the second half of my senior year; I don’t think there is any disadvantage if people know all the facts between somebody who is taking a typical senior class load.”

There are many Seniors that have not used this privilege for what it was meant to accomplish, but quite a few mention how they have.Senior Megan Anguiano explains how she volunteers and works in her new found free time and explains the benefits it has had on her resume. As well as Senior Lauren Hoover, she confirms it has helped her greatly and she has time to take a CNA class at Salina Tech, but mostly she has more time to do homework; overall the goal has been met for students.

The initial announcement that came with the trial run for Seniors to have reduced schedules was that it was to last for the second semester of the 2019 graduating year. In an interview with Principal Dr. Smith, he publicized, “The board gave us permission to extend it for another year, they want to see how it goes for a second year before they decide if they want us to do it on a permanent basis.” With this, next years graduating class will most likely be the determinate if the reduced schedules will continue for Seniors throughout the years to follow.