DC’s Shazam a Step in the Right Direction 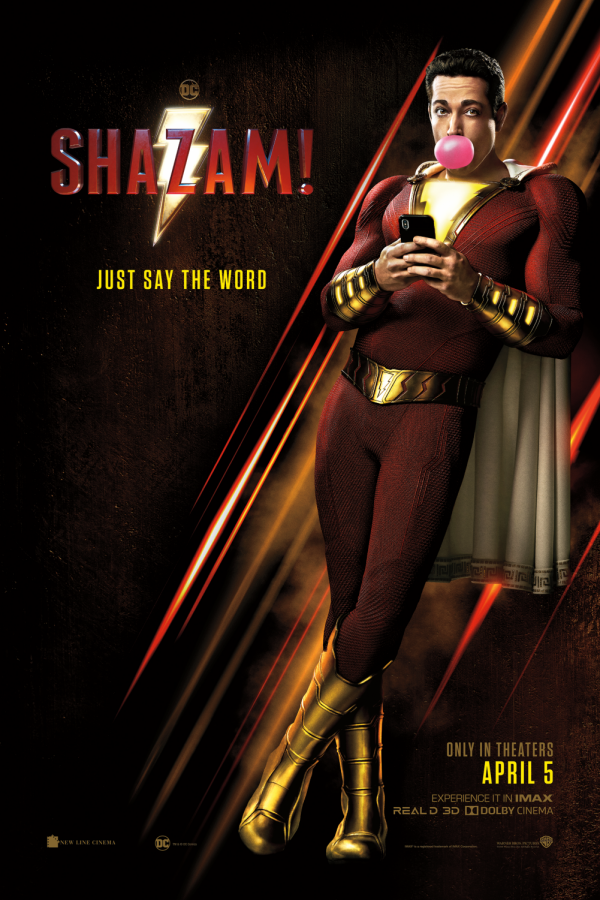 Just take a look at the superhero movie genre and you will see that it is dominated at the box office by Disney, owners of a large chunk of Marvel Entertainment and creators of the movie that gave us multiple different Thanos memes. There is a reason as to why this is, and it is fairly obvious: Disney makes superhero movies that are good.

Yet still, when people think of superheroes, a pretty sizable amount belong to DC Comics. Superman, Batman, and Wonder Woman have each made names for themselves as some of the best of the best when it comes to well-known superheroes, and they each have appeared in large-scale movies. However, it has been since the Dark Knight trilogy that Batman, then played by Christian Bale, has been a beloved movie character. Man of Steel’s Henry Cavill may never don the Superman cape again, and Gal Gadot’s femme-inspiring Wonder Woman movies may never reach the hype that even Marvel’s Captain Marvel did. Jason Momoa’s standalone Aquaman forever redefined the character for the better, but it still has yet to make a dent in Marvel’s success.

That’s aside from saying that 2017’s Justice League was a disaster.

The point is, DC (and Warner Brothers as a whole) is just not good at making superhero movies.

So why, then, are we talking about Zachary Levi in Shazam!? Because compared to the other DC films, it is leagues in front when it comes to movies.

The largest reason for this is that Shazam! knows what it is doing. It is a superhero movie about a 14-year-old orphan kid (Asher Angel) who is granted insane power that he originally doesn’t want. It does a fantastic job of handling just how a 14-year-old orphan kid would deal with that sort of thing. Billy has trouble balancing finally having a reason to live, really, with the newfound family that the doesn’t want. This is perfectly paralleled not just in one character, but in two. Of course, Mark Strong’s Dr. Sivana was denied the power in his youth and wants nothing more than to regain the opportunity. He is an emotional foil to Billy Batson: the tortured soul who turns to the dark instead of learning the err of his ways. He is sympathetic to a degree, but after watching him murder a room full of businesspeople in horrific ways utilizing his newfound Seven Deadly Sins, we begin to realize that this same sort of thing could happen to Billy, who Sivana is trying desperately to find and determine how he got the powers and not himself.

The other foil for Billy is, surprisingly enough, Jack Grazer’s Freddy.

Freddy is hated, too, and also falls into a bit of the same trap that Sivana did. He lives vicariously through Billy, even at one point becoming a bit of an unlikeable character, even in the midst of yelling at Billy for being selfish when it is clear that he is selfish, too.

Shazam! as a film knew this, making each of its’ characters, including Sivana, feel realistic in their actions and reactions. The story follows a realistic pacing and is genuinely fun to watch from an audience standpoint. The opposite could be said for the previous three or four films in DC’s library, which each feel like disjointed stories combining in odd places like a four year old excitedly retelling what they read in a comic yet at the same time trying to appeal to their darker, edgier older brother.

This movie’s dialogue works because they’re kids. They know they’re kids. Zachary Levi knows he’s a kid. The movie doesn’t need to be any darker than it already is. We have a tortured soul murdering whoever gets in his way using nightmare creatures at Christmastime already. This is all to say that Shazam! doesn’t take itself too seriously. It knows what it is, and utilizes that mindset to formulate a comic book story that feels like it is just that–a comic book. We aren’t watching James Bond through Batman’s eyes, and we aren’t taking in Armageddon again, this time behind Superman’s crimson and blue. We’re watching a kid with a bad life grow up, albeit in the body of a 40-year-old man.

There is plenty to like in this movie, too. The “classic” DC movie fans will remember the horrifically otherworldly Geonosian-like beings from Justice League in the Seven Sins, as well as the action sequences. Kids will love that they are represented in the movie, as well as the good lessons that are taught in a relevant world (current-day Philadelphia). Parents will love a lot, from the genuine softness towards families of all shapes and sizes and colors to the offhand reference to Tom Hanks’ Big halfway through the film.

Levi himself is a lot of what makes this film work. His expression and tone match a modern Peter Parker’s. A self-made loser is now a super buff adult dude who can shoot “lightning out my hands”? Dude, that’s so freakin’ cool! That tone and pure terror in the fight scenes with Sivana is perfect. He’s an excited kid who’s been searching for a reason to live and now has one that enables him to fly, just now realizing that he kind of has to fight super villains, and that thought scares him, because it would scare any 14-year-old runaway essentially given the powers of Superman with an on/off switch.

The ending to the film is the final icing on the cake, as Billy–in his Levi form–finally comes to eat lunch with the oft-bullied Freddy. Except this time, the entire family is surrounding him–as well as a familiar face to DC fans. The movie comes full circle and finishes just where it needs to, even including some Marvel-esque mid- and post-credits sequences. The pacing makes sense, the dialogue makes sense, and the acting makes sense.

Is the movie the best superhero film of all time? No, and it’s probably not close. The point here is that DC has finally found the formula to creating a superhero movie that isn’t just doom, gloom, and a gritty reboot of what the kids used to know in their comics. Some of those comics are dark, like what we saw in Shazam!. But at the same time, they are enjoyable, and they provide a background to the character for future movies in whatever franchise they spawn. Expect to see Levi in a sequel in two or three years.

DC has discovered that not all of their movies need to be Zack Snyder films. Shazam! is good because it knows what it is and how to do it. It’s a lesson that some Marvel films could learn (looking at you, Captain Marvel), and a lesson that most films in general need to pay attention to.

I would give Shazam! eight out of ten stars. It’s a precocious story that, like the plot itself, is shoved into a place it doesn’t want to go and fulfills its’ duty anyway. We could use more movies like this in the ever-growing superhero genre, and I’m glad that DC finally got the point. They can survive these disasters and keep moving forward with the right directors, right actors, and right spirit.

Here’s to a good Superman movie in the future.