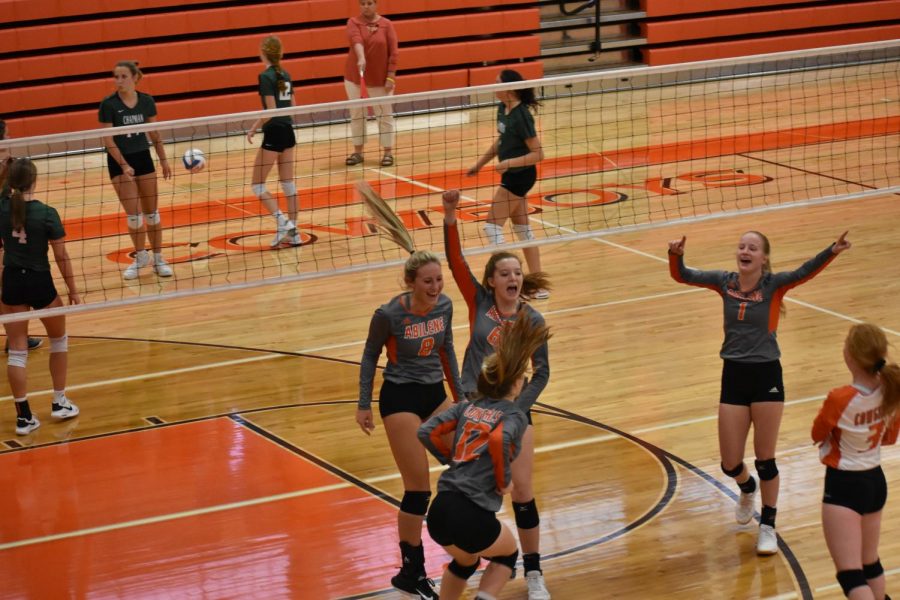 The Abilene Cowgirls volleyball team played Chapman on Thursday, Sept. 26. After many volleys and tough rallies, the Cowgirls defeated the Irish with a sweep.

The opening set involved a lot of back and forth competition, but the Cowgirls battled it out to win 25-22. The second set held a similar competition, however, Chapman ended with the 25-23 win. The last set of the match ended with a Cowgirl victory, as well, with the score being 25-20.

The second match began with a bang as the Cowgirls swept the Irish in the first set, winning 25-21. The final set of the night was nothing but exciting for the Abilene side of the gym as the Cowgirls won 25-21.

Prior to the game, sophomore Joy Clemence gave an inside look on how the team got prepared for the big game. “Last Saturday we finally started working together as a team, and once we accomplished that, we felt like we could be unstoppable.” Clemence said. “I think the biggest thing we’ve been working on is working together and limiting our errors so we can carry some of Saturday’s momentum into our big game.”

When asked after the game about the team’s overall performance, senior Beth Holmes responded, “I’m extremely proud of how we competed as a team. We walked in confident and kept our energy high which helped us through all sets. We had some rough patches and got down a couple of times, but it was awesome to see the fight in everyone and it felt great to finish with two wins.”

The Cowgirls compete against Clay Center next Tuesday, Oct. 1, at home.