The Rise of the Vape 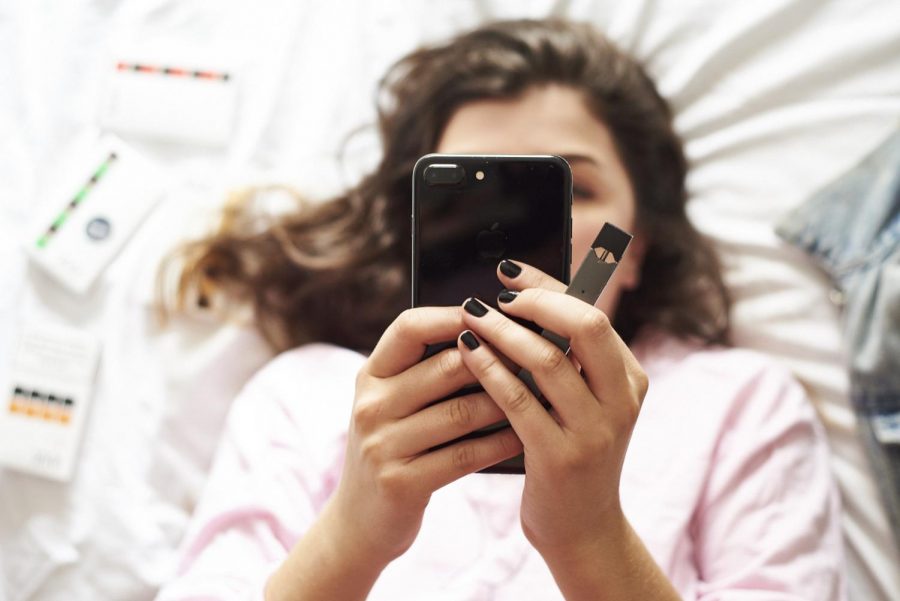 The E-Cigarette idea has always been around, with the first version created by Herbert Gilbert in 1927. A modern version was created in the mid 2000’s by a Chinese firm, named Hon Lik.

Around 500,000 people die from smoking cigarettes each year. Many believe that vaping is a better form to get your nicotine fix, but is it really a good alternative? Although vaping exposes you to less chemicals than smoking cigarettes, it still puts liquid, nicotine, and chemicals into your lungs.

Those who have higher voltages and take larger hits tend to burn out the coils inside their vape, having to spend extra money to replace them.

At the moment, long-term effects of vaping aren’t specifically known, but lung damage and addiction are a given. This shows how seemingly harmless vapes are actually potentially dangerous.

On August 5th, 2019, 18-year-old Chance Ammirata‘s lung collapsed due to juuling. Ammirata described the pain being extreme, comparing it to a heart attack.
“I would say my chest felt like it was collapsing and tightening up and I couldn’t breathe.”

Although there have been only nine deaths reported due to vaping, the trend is still dangerous. Within youth, more people use a form of E-cigarettes than those who smoke regular cigarettes. According to the website, E-cigarettes.Surgeongeneral.gov, electronic forms of smoking are more common with youth than adults.

Not only are there health concerns, but purchasing these can burn a hole in your wallet. A Juul starter kit bought from the website is typically $50. A multipack of Juul pods–containing four pods–costs $15.99 before tax. Each month, Juul users spend around $180 on pods. On average, cigarette users spend around $188 on packs of cigarettes, leaving only an $8 difference.

Having a habit of nicotine costs a pretty penny. Depending on the type of vape, the device alone can cost from around $20-$40, not including expenses of having to buy juice or pods every time you run out.

It appears that vaping is harmful, so avoiding these products would save your health and your wallet.