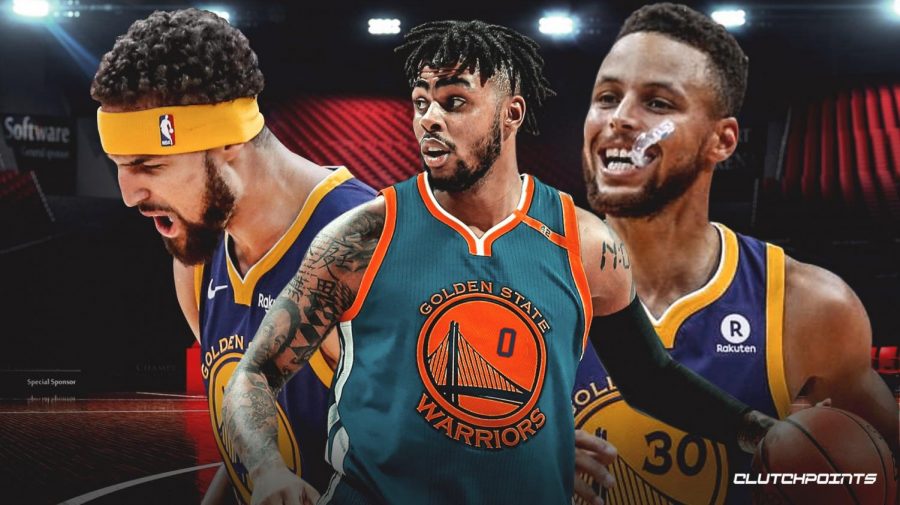 The NBA season is almost upon us, approaching fast like Russell Westbrook off the fastbreak. This NBA preseason has been a whirlwind of emotions and transactions.

Last season, Kawhi Leonard and the Toronto Raptors shocked the basketball world by taking down the former powerhouse Golden State.  The years prior were dominated by the Golden State Warriors with spurts of the Cleveland Cavaliers having success. However, a groundbreaking trade was ordered that sent former Raptors icon Demar Derozan to the Spurs, and San Antonio Spurs star Kawhi Leonard to the Toronto Raptors. But little did Toronto Raptors President Masai Ujiri know that his call would shake the foundation of the NBA as a whole.

Simultaneously in the NCAA, extreme athletic point guard Ja Morant put Murray State on the map, Zion Williamson casually dunked on the entire ACC, Cam Reddish drilled teams into the grave, Jarett Culver and the Texas Tech Red Raiders put on a stunning campaign, and Virginia redeemed themselves from the biggest fall of the previous year to UMBC.

However with a lot of blockbuster selections in the draft, the real story was what happened after the draft in the free agency market. The Brooklyn Nets acquired the package deal of future hall-of-famers Kevin Durant and Kyrie Irving, with the eventual snag of Deandre Jordan. With this deal, the Brooklyn Nets now have a strong front court in Deandre Jordan and Jarrett Allen, and a stellar backcourt with the addition of Kyrie Irving and the resigning of Caris Lavert with a very strong Spencer Dinwiddie off the bench. Kevin Durant tore his Achilles in the NBA Finals the year prior, his return date is unknown.

The New York Knicks were broken and were filled with the misconception of grabbing Zion, KD, and Kyrie. However even with the missed opportunities, another door was opened. The Knicks snagged junkyard dog Julius Randle, sharpshooter Wayne Ellington, Reggie Bullock, Marcus Morris, veteran Taj Gibson, Elfrid Payton, and Big Boy Bobby Portis. As a Knicks fan, this puts a whirlwind of emotions into my head. On one hand, we lost a potential playoff trio, on the other hand, we now have a very solid lineup with a great point guard in Dennis Smith, and a great front court with the additions of Morris and Portis.

The Golden State Warriors aren’t quite dethroned (as much as we want them to be) yet as they acquired the Ice Man D’Angelo Russell. Klay Thompson‘s status for his return is unknown, as he tore his ACL in the NBA Finals the year before. Regardless, with Curry’s ability to drain it from anywhere on the court, and D’Angelo Russell’s extreme athleticism, the team could make noise coming into the year.

A couple hours away in LA, the Lakers traded away half of their team to acquire Anthony Davis. The trio of King James, AD, and Kuzma could possibly be one of the scariest Lakers lineups since showtime with Magic, Kareem, and Big Game James Worthy.  However with the addition of Davis, the Lakers lost a young core of Lonzo Ball, Brandon Ingram, and Josh Hart. But gained a solid lineup of Quinn Cook, Demarcus Cousins (King of Technicals), and 3 Point aficionado Danny Green.

In the same city, there was some noise being made by the previously inferior LA Clippers. The news was broken that superstar Kawhi Leonard signed with the Clippers. Less than 24 hours later, The Clippers traded Shia Gilgeous-Alexander and Italian Stallion Danilo Gallinari to the OKC Thunder in exchange for Paul George. With these transactions, that leaves the starting lineup for the Clippers with Pat Beverly at the point, Landry Shamet at the two, Kawhi Leonard and the forward, PG13 at the four, and Ivaca Zubac at the center.

In OKC, after the George trade was finalized, Russell Westbrook said, ”Ight Imma head out.” Within hours, a trade was made sending Russ to the Houston Rockets, and putting Point Guard Chris Paul on the now obsolete OKC Thunder.

My prediction for the sleeper team is the New Orleans Pelicans. They now have one of the strongest, if not THE strongest young core in the NBA with Lonzo Ball at the Point, Jrue Holiday at the two,  Brandon Ingram at the Forward, young gun Zion Williamson at the four, and a strong center in Jaxson Hayes. This team in my opinion has the most young potential and will be dangerous coming up.

I asked starting point guard and basketball expert Travis Beetch who would take it all. He said, ”Personally, I think the title’s either going to be composed of the Lakers, Clippers, Bucks, or the Sixers. Of that, I could kinda go with the Clippers. Giannis is going back to back though with the MVP, no cap.”

Me personally, as much as I want to say the Knicks will win, I would be living a lie. The Clippers are going far, but the Lakers negate all of the skill set of the Clippers. The east is going to be dominated by the Milwaukee Bucks with Giannis leading the chariot of fire. It is going to come down to the wire in the end of the season, with the Bucks facing off against the Lakers. Lebron and AD versus Giannis and Middleton. There will be a lot of throw downs, and a lot of clutch three pointers, but in the end it all comes down to who’s the better team. In my opinion, the Lakers are the better team. That’s why the Lakers will win the title giving King James his fourth title.

Fast forward to a couple of weeks, its the NBA awards night. Commissioner Adam Silver steps up to the microphone, whips out an envelope, and says the magic words, ”Your 2020 NBA MVP, Anthony Davis!” The crowd goes wild because they witnessed AD put on an absolute clinic during the season. This is all what will happen in my opinion, but there are a couple of outliers who come into play who could disrupt the AD trail. For example, Paul George and Kawhi Leonard are possible benefactors for their team and for that reason could be a steal. Or in this case it could be beyond his own line with teammate Lebron James being a possible MVP. All in all, I believe with a better team around him and with an entity such as King James dishing off dimes, I believe there’s a statement to be made here.

All in all, this NBA season is going to be full of various emotions from all fan bases, there’s going to be a lot less people hopping on the Warriors bandwagon, super teams are gone, and there could be a new king of the NBA this coming season. We’ll just have to wait and see.