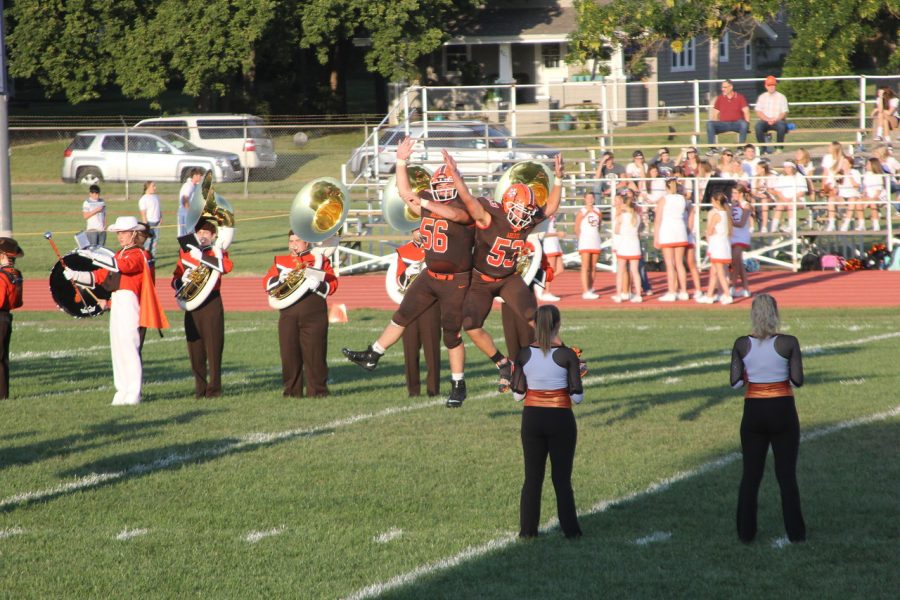 On October 12, the Cowboy football team took on the Coffeyville Golden Tornadoes at Paul Dennis Field. The Cowboys came into to the game with their first 0-5 start since 2012. It was a cold October night Friday night. The Cowboy offense was putting up a fight as they included a hat trick play that got them 6 points on the board, on the defensive side, they struggled with bringing pressure to the Coffeyville offense.

As they were down in the second quarter by just a touchdown, Senior Quarterback Jackson Randles led them on a fast drive all the way down toward the goal line. The Cowboys were in great position to tie the game going into halftime. Senior Jayshaun Jones was under center and Senior Jackson Randles was in at tail back. Jones took the snap, lateraled it to Randles, and then Randles rolled out and threw the ball back to Jones who was running the opposite way which left him wide open for a touchdown. The Cowboys could not convert on the PAT as the Coffeyville goal line defense brought too much pressure.