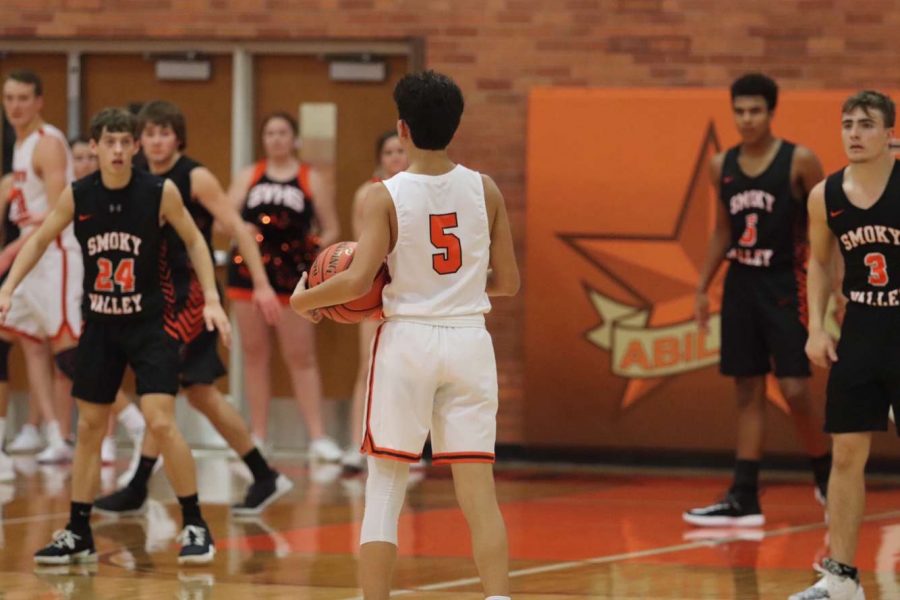 The SIT basketball tournament is right around the corner. It starts January 23rd and ends on the 25th. It takes place in Salina, Kansas.  The 8 teams that are participating in the 2019-2020 season are Andover, Salina Central, Abilene, Liberal, Salina South, Concordia, Buhler, and Wichita South.  The Abilene Cowboys are going into the tournament with the 4 seed, their first seven games resulted in a 4-3 record.

In the 2018-2019 the Central Mustangs won it all for the second year in a row. Both years they won it they met the Andover Trojans in the finals. In their most recent meeting in the finals they were tied 23-23 at halftime. The Mustangs came out on top with a 57-43 win.  The Abilene Cowboys went into the tournament with the 1 seed. They fell short in their first game to the Salina South Cougars who were the 8 seed. They battled hard but couldn’t quite keep up with the 5a school. The final score was 65-51. They bounced back the next game and defeated the Crusaders 47-40. The Cowboys defeated Liberal for 5th place in their last game. Liberal put up a tough fight but they could not overcome the cowboys in the 4th quarter. The cowboys won by 10 points with the final being 60-50.

The Abilene Cowgirls will also be participating in the SIT tournament held in Salina, Kansas. The Cowgirls will be entering the tournament with the 5 seed. The Liberal Redskins have secured their top spot at the 1 seed. The lady Mustangs from Salina Central locked in the 2 seed. The girls from Buhler have fought for the 3 seed.  The Lady Cougars from South High are going into the tournament with the 4 seed. Wichita West’s girls have played their way into getting the 6th seed. The Panthers from Concordia are sitting in the same place as the boys from Concordia with the 7 seed. Lastly, we have the girls from Andover looking to fight their way to the top with their 8 seed.