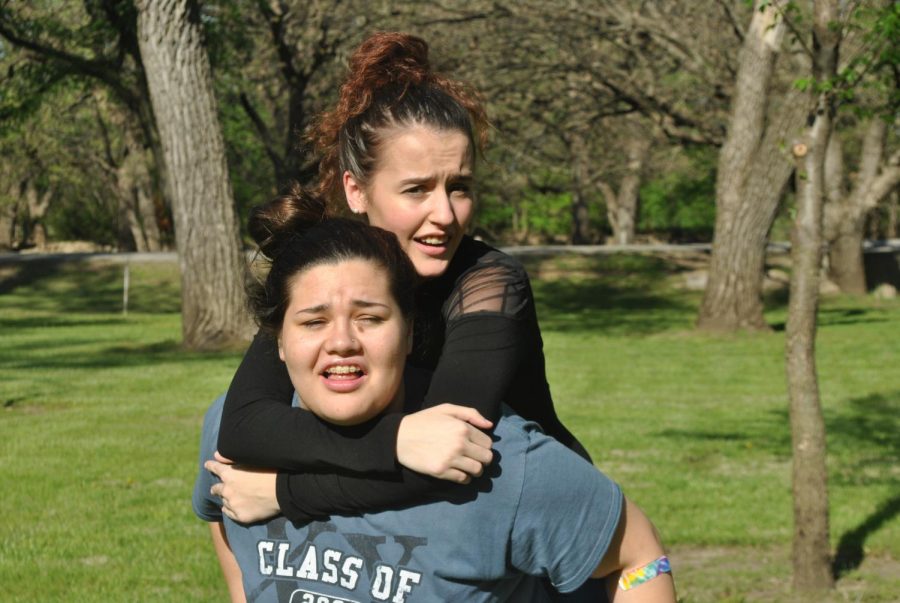 Thanks to Covid-19, seniors such as myself didn’t get to say goodbye. Although I like to tell myself that I don’t miss high school, that just isn’t the truth. I remember walking down the hall with my friend Deserae, and we were just looking around and admiring our home of four years. I think that was the first time I really accepted the end of my high school career.

Four years ago I walked into the halls of Abilene High School for the very first time. In comparison to our much less complicated middle school, the halls seemed like a maze. I remember constantly having to ask older classmates on how to find my class. At first, our lengthy schedules had me stressed out to the max. The classes were so long and I found it hard to not fall asleep in class. I think I did a pretty okay job at not falling asleep, but I’m sure I did a few times.

I’m sure if you’re in high school or have a kid in high school, you might understand that sometimes life really feels like it’s too much. Sometimes you’ll have five assignments due for one class (shout out Mrs. Hoskins) and sometimes you’ll want to punch one of your classmates (which I do not recommend doing) but high school is definitely some of the best learning experiences you’ll ever have.

Personally, I learned how to handle stress with both a workload and with people. I guess feeling drowned in homework and drama really helps you learn how to balance your social life with your academics.
Thanks, Friends
The first thing I’d like to do is thank all of my lovely friends. Without any of you, my high school career would never have been as amazing. Friends come and go, which is a difficult thing to deal with during school. I’ve had friends stick with me through all four years of high school and I’ve met a few throughout the years.

Lewis Trotter is a dorky yet talented junior, soon to be senior. I met him at the end of graduation of my sophomore year. We were both waiting for our rides to pick us up from playing in the band. I didn’t really pay attention, but we both had the same seminar! 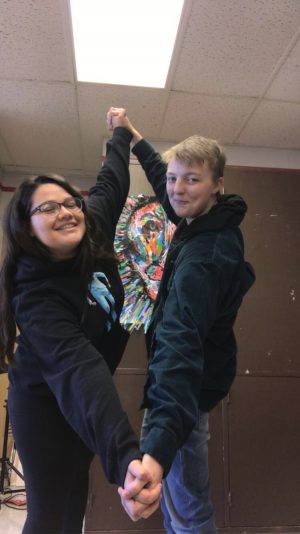 Somehow we began to hang out in seminar and establish a friendship outside of class. Mr. Delay, ex media teacher at AHS, encouraged us to make more video productions. Thus, Elizabeth and Louis has begun.

We had thought it was totally hilarious to title our YouTube series with incorrect spellings of our names. That’s my biggest regret of the series. I remember the show started out as me behind the camera recording Lewis being a goofball, but somehow Lewis forced me to break from my shell and be an idiot on camera too.

Our show went from awkward interviews with teachers with odd cuts that only we found funny to us just having fun harassing our friend Cameron and asking random people in the halls uncomfortable questions.

Even though our videos aren’t too popular, they were a way to make being in school so much more fun. Also, huge sorry to all the people I made think I was super weird because of that series.

This next pair of friends are also a year younger than me. I met Kylie through Snapchat, when I was giving her class advice. We got along really well, and became really good friends after we realized we had anatomy and physiology together. Kylie then introduced me to Olivia, who was always accepting and caring from day one. 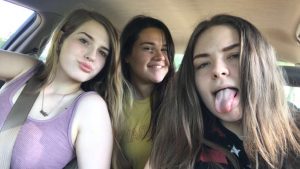 Although this pair of beautiful women may be some troublemakers, I am so thankful to have them. They’ve always had my back and have always made sure to include me. I can count on them to listen to my dumb rants and to hype me up. I wouldn’t trade our friendship for anything.

Tiffany Carriker has graduated from AHS, but I firmly believe she made the biggest impact on me. I never had a true best friend until I met Tiffany. We were practically inseparable, and often times people thought we were dating. She was my person.

We have been through thick and through thin. From grumpy arguments to sleepovers, Tiffany has always put others before herself. Even at the most rough times, she would always be there for me. She was my model when I wanted to mess around with a camera and my canvas when I wanted to play with makeup. No matter what I did, she was right there to support me. 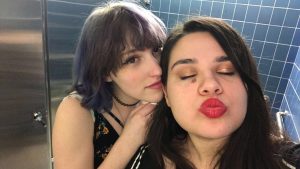 Although college has distanced us, I will forever consider her as my favorite friendship.
Thanks, Teachers
Even though teachers tend to get a bad rep, some of them have really made a huge impact on my life. Whether it was excellent teaching or encouragement, a few teachers were my absolute favorite.

Mrs. Russell was my English composition teacher. Even though I had a nasty habit of falling asleep in her class, (I blame work) hers was always my favorite. She encouraged me to do better during some times where I struggled, and often gave me much-needed advice. I looked forward to her class.

Mrs. Bathurst was my Booster and Yearbook advisor. Even though it was her first year, she’s probably my favorite teacher at AHS. She did an amazing job handling students who tended to not be motivated in the best way she could. Starting at a new school with an established idea of how this classroom would work, breaking bad habits was a chore that I wouldn’t even want to handle.

Even though sometimes we butted heads (in other words I was super stubborn) Charity has always been willing to work with me and my idea of how the Booster should be run. Sometimes our ideas would fall flat, but that just meant we would have to try a new way of doing things.

So, I guess that’s it. My last article for the Booster. Am I getting a little emotional? Definitely. Am I glad that it’s over? Absolutely.

Good luck to future Booster staff! You have an amazing platform at your hands, and I hope you use it!