A Peer You Can Rely On 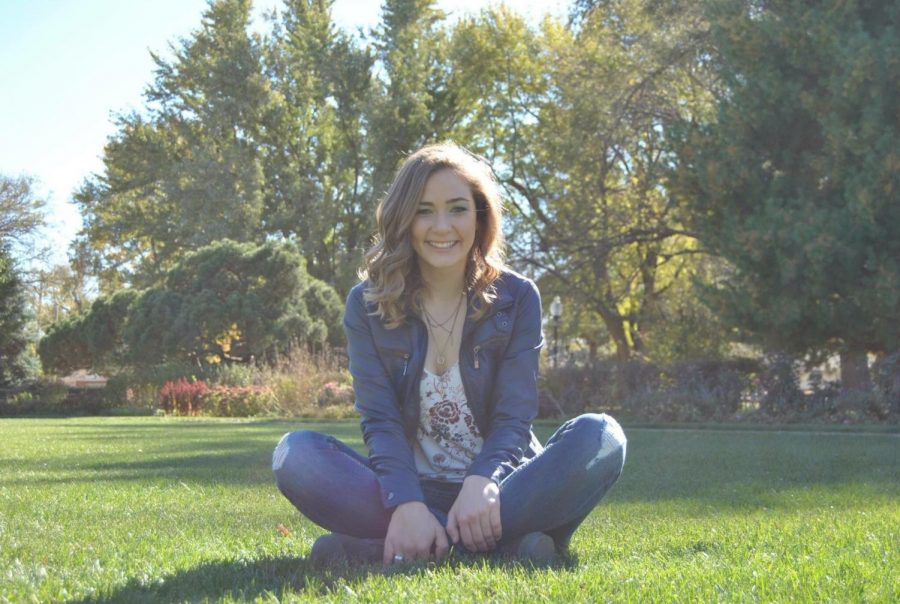 There are many aspects of what makes sports games exciting and fun. The tension of the plays keeps the crowd enthralled as the teams battle to gain more points. The band fills the gym with their clamorous music while teams take their small breaks. The cheerleaders rush in front of the crowd with smiles on their faces and their hands waving in the air. 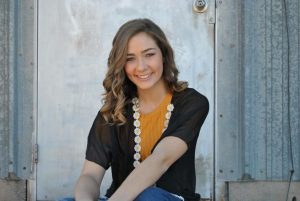 Sarah Samsel, a junior, is a member of the basketball squad of cheerleaders at Abilene High School. She was previously a wrestling cheerleader during her freshman year, but was changed to the basketball squad her sophomore year. She has stayed in the basketball squad since.
Tryouts
“My mom actually made me try out so I could get more involved in more activities.” said Samsel. The tryout process was stressful for Samsel, but through it all, she made the team. “I made the squad and I actually became more confident in myself.” 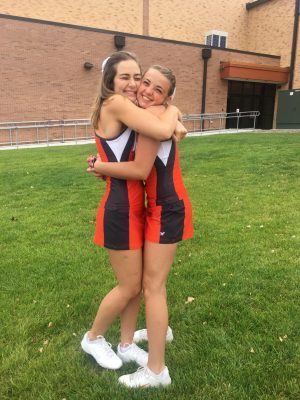 Cheer tryouts consist of sideline chants, cheer, and an 8 count. The candidates are evaluated with criteria, and if the individuals have the needed point amount, they are invited to cheer on the team.

Head Coach Kim Funston stated that Sarah is involved in three squads: basketball, state performance team, and a tri-squad. She is found in the back of her pod, where she shows her strength in leading. “Sarah is very dedicated to the sport, and continues to develop skills to help her team get better.” Funston also stated that she is a leader, and has the ability to help coach stunts and excels at learning new material.
“Sarah has a great work ethic and we are glad to have her on our team!” – Coach Funston
Cheerleading

According to Samsel, the main goal is to get the crowd involved and to fire up the crowd. The crowds tend to get involved in cheers specifically made for being involved, such as “Up With Cowboy Pride” which encourages the crowd to stand up and cheer on the Cowgirls and Cowboys. 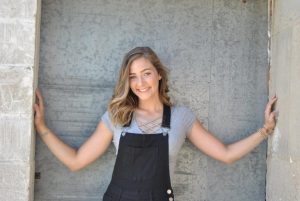 Sarah explained that she is regularly a backspot, with experience as a main base and secondary base too.

School Participation
Samsel has a pretty busy schedule this year. She is involved in many activities, including: Student Council, Yearbook, Future Business Leaders of America (FBLA), Lone Rangers, and SPURS. She previously participated in volleyball and softball.

Student Council (also known as StuCo) is a representation of their class. Students vote for their representatives. “I wanted to be a voice for the student body and to be a  person for people to go to if they want changes in the school.

FBLA stands for Future Business Leaders of America. Sarah attended the national fall conference in Dallas, Texas her freshman year. She learned about businesses and how to succeed in the business occupation.

The Lone Rangers introduce the freshman classes to the high school, and shows them around the school. Sarah wanted to join the Lone Rangers to let future AHS students know she was approachable and helpful if they need anything.

SPURS stands for Student Peers Using Responsible Strategies. She joined this club to gain more skill with communication and to help the community as much as she could. “I wanted to be involved in as much as I could.”
Academics
If there is one thing that most teachers can agree on, its that Sarah has an excellent work ethic. Advanced Placement US History (APUSH) and US History teacher Janeal Schmidt stated that Sarah works hard to work on assignments productively and on time. 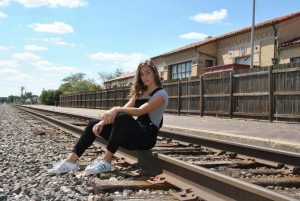 Mellisa Nichols, an algebra and geometry teacher, stated that Sarah works hard to complete tasks and does not procrastinate. “She is empathic to those around her and genuinely wants the best for her friends in everything that they are working toward.”
“She exemplifies hard work with her grades, her work ethic, her ability to interact with those around her, and her smile when she walks into a room.” – Mrs. Nichols