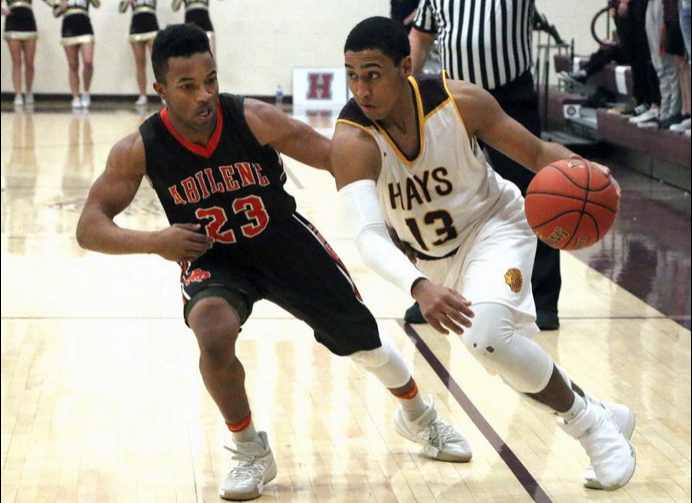 Both the Cowgirls and Cowboys managed to lock down out-of-conference sweeps against 5A opponent Hays High on Friday, February 22nd.

The girls got out quickly and harshly, and never looked back. The lead for the ‘Girls stretched to almost 14 in the third quarter before a surge from the Indians restrained that lead to 11 at the end of the fourth. The lead never went to the Indians, no matter the duration. Senior stars Hannah Willey and Sydney Burton scored 25 and 20 points, respectively, and all but locked the ‘Girls a number 1 seed for the 4A-Western division come substate on Thursday.

The Boys’ game came with a bit of heartbreak, as senior Preston Boyd suffered a knee injury late in the fourth quarter. He had only scored three points during the whole game. It didn’t alter the game much by that point, as the Cowboys were leading by nine at the beginning of the fourth and stretched it. Senior Timmy Barbieri came into the game in relief and quickly fouled out on a suspect charge call. Two football-like Hail Mary passes to senior James Mayden from freshman Kaleb Becker resulted in two-point baskets with little time remaining, all but icing the Indians and solidifying the sweep for the Boys in Brown.

Both teams return home in the middle of the week for substate. The Boys will host Buhler on Wednesday, and the Girls will host either Clearwater or Mulvane.