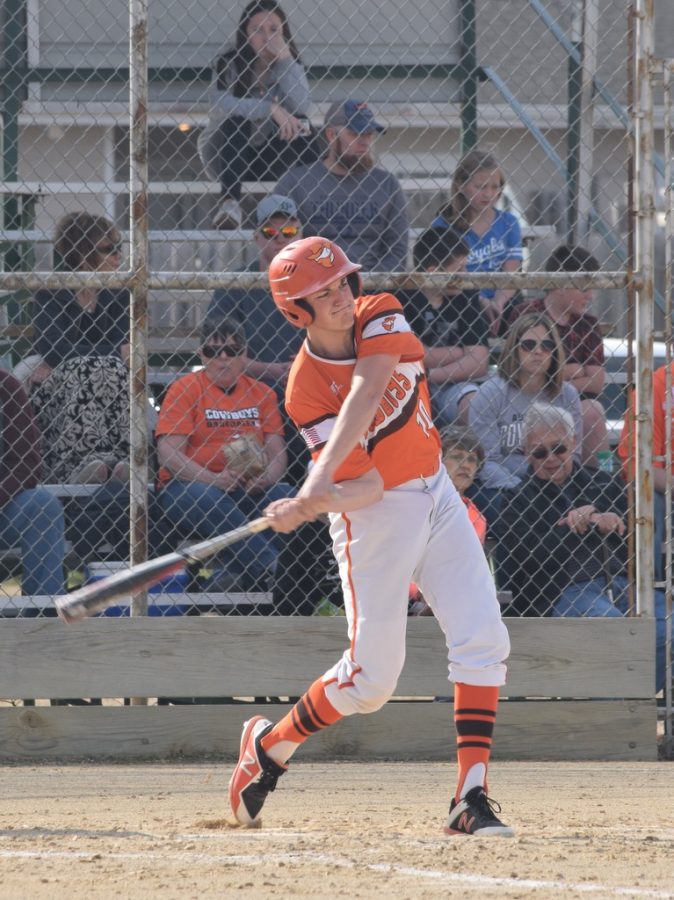 On April 9th, the Abilene Cowboy baseball teams traveled north to Marysville. Continuing a streak of losses, they barely lost the first game by a score of 4-2, and lost another two-run game in the follow up 7-5.

Pitching for the cowboys was junior Keaton Hocker. He had seven strikeouts through six innings of work and only walked three batters, but the body of work was just too large to overcome. A four-run third inning proved to be too much for his pitching. On offense, sophomores Robbie Keener and Kaden Coup both knocked in two hits. Carter Taplin knocked in the only scoring pair of runs in the sixth inning.

The second game was more of the same, this time with a higher score for both teams. Kaden Coup suffered on the mound, giving up two earned runs in five and a half innings with one strikeout. Avery Bryson came in relief of him, allowing one run himself.

By the fifth inning, the Bulldogs were up 7-2. Kaden Coup’s two hits, along with two RBIs and Bret Ambrosier’s two RBIs helped bring the score closer within the final innings. Still, it wasn’t enough to complete a comeback.

The weather make-up game against TMP will be held on Friday.