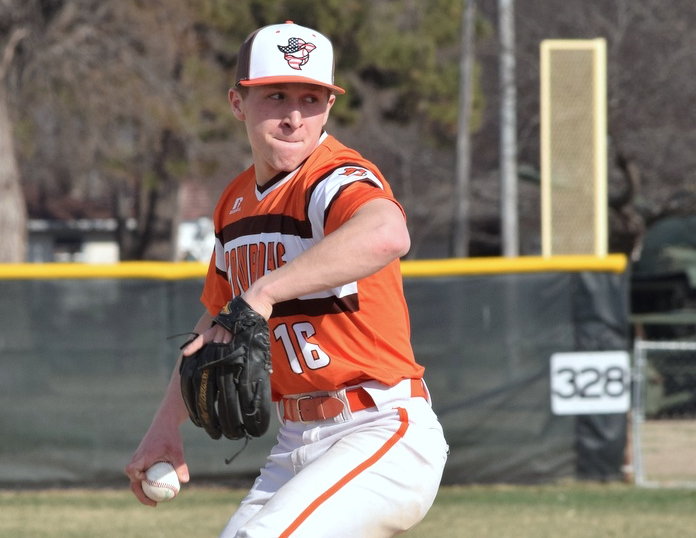 Hocker on the mound for the Cowboys during an early season game.

On April 16th, the Abilene baseball squad took to the diamonds in Clay Center to take on the Tigers. They dropped both games against the Tigers.

The first game finished with a disappointing 10-0 shutout loss. Keaton Hocker started on the hill for the Cowboys, and gave up four runs on nine hits to only five strikeouts. He walked four batters. At the end of five innings, the Tigers had run-ruled the Cowboys, helped by an eight-run fourth inning. The only two Cowboys to even reach first base were Hocker and Camden Meeks–both were walked.

The second game started off better. At the third inning, the Cowboys had tied the game at one apiece. It stayed that way until the fifth inning, when Clay started to push forward with a few runs. The Cowboys lost their second game by a marginally better score of 7-1. Kaden Coup was the pitcher through six innings for the Cowboys. He was hit seven times and allowed three earned runs. He walked one batter and had three Ks.  Colby Mohn, Roman Sanchez, Carter Taplin, Hocker and Coup found hits for the Cowboys.

The Cowboys left the game with a depressing record of 0-12.