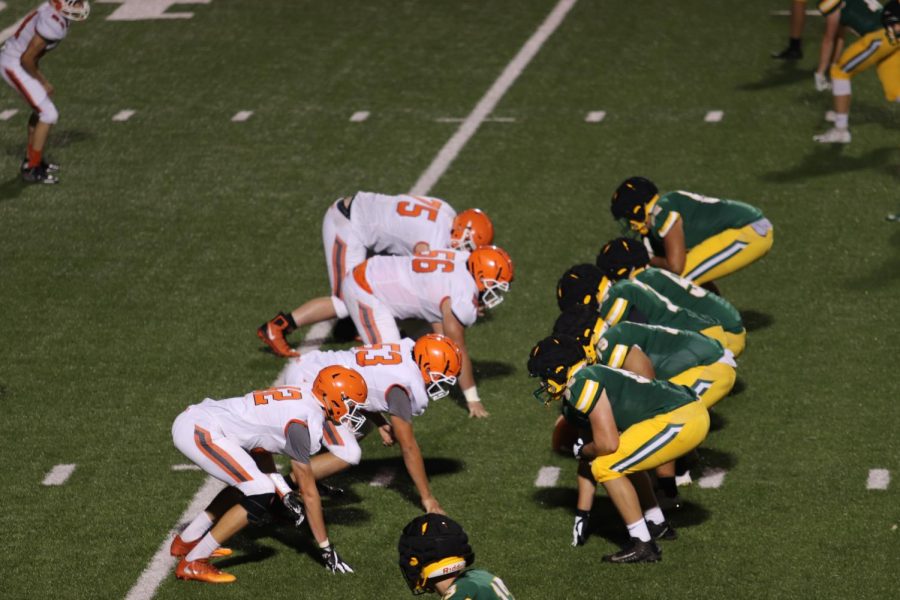 Friday, August 30th, there was a change in Cowboy football tradition. In past years there has been a Gatorade Scrimmage, when the community comes to watch the boys play. Instead of paying, they give Gatorade which is then donated to the team.

However, this year the coaches decided to switch it up and scrimmage different teams. The teams we scrimmaged were Salina South, Wichita North, and Hays. Even though the scrimmages were in Salina, many Abilene supporters came to show their support.

Before the Scrimmage, Coach Simpson expressed his opinion about the scrimmage stating the following : “Good to see a lot of kids get in the field … we’re going our bodies against other people’s ”. Seeing people on the field and giving them time to improve are some of coach Simpson’s biggest concerns because he wants to develop his team.

The boys played well, however there was not an actual score kepton the score board. In discussion with some of the boys, they all said that they were sad to not have the Gatorade Scrimmage, but they were excited for the new opportunities this type of scrimmage offers.