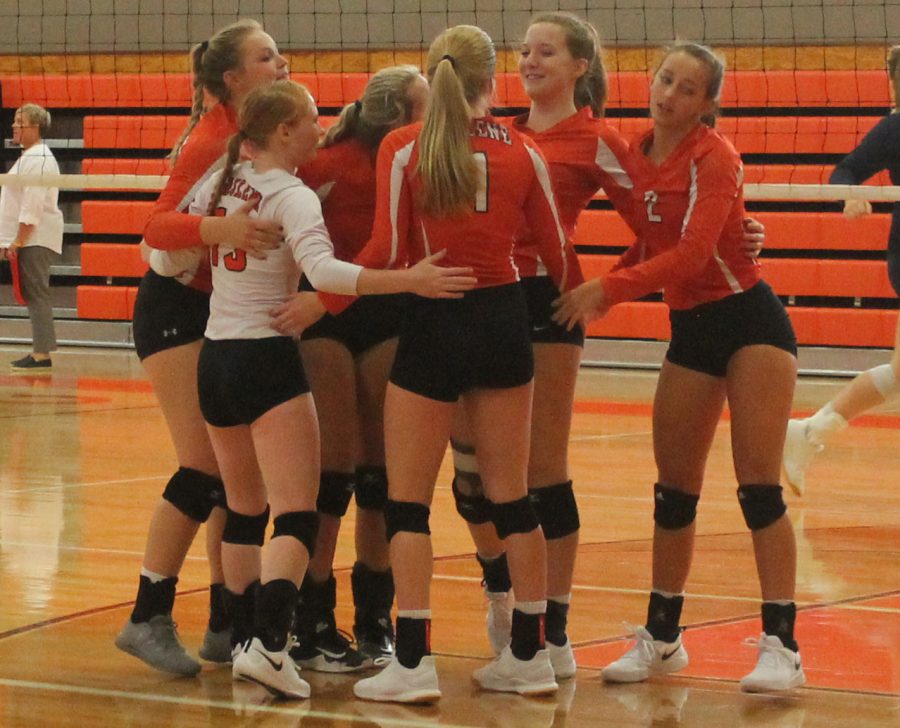 The Abilene Cowgirls volleyball team went to Rossville this past Saturday, Sep. 21st, 2019.  This is always a difficult tournament, so both the fans and players were excited for their 2nd place win.

The Cowgirls were missing their team Captain, senior Beth Holmes. Although they did not have their leader, they were still able to pull a 3-1 record in pool play. They were able to make it to the finals, where they lost to Silver Lake 27-25 and 25-19.

“I couldn’t be more proud of the team,” said first year coach, Jade Koch. “The girls went into the tournament 2-8, but they have now gained some confidence to help them with the remainder of the season.”

Olivia Howie: two Aces, one kill. 43 assists and one dig.