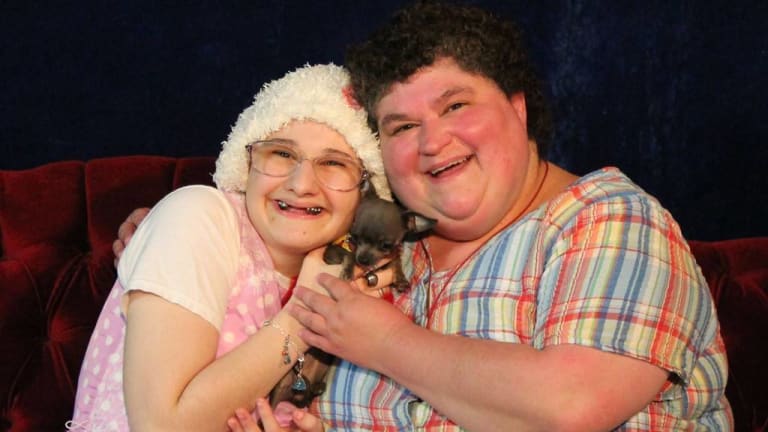 The true-crime television series on Hulu “The Act,” has taken viewers through a roller coaster of shock and disbelief. Viewers were left in complete awe of the highly dramatized, very real story of the murder of Dee Dee Blanchard.

All conspired by her own daughter Gypsy Rose and then boyfriend Nicholas Godejohn, the story is compelling from start to finish. Rose is currently serving jail time—10 years on a second degree murder charge to be exact—and it raises several questions as to whether or not her sentencing is fair.

For those who don’t know the story, here’s a condensed version of what you need to know:

Gypsy had grown up being told she had a slew of various illnesses and was wheelchair-bound. Dee Dee had everyone fooled—including Gypsy.

In reality, Gypsy was a totally “normal” child. Dee Dee, as a mother, has a responsibility to protect her child from harm; she took it to the extremes and wanted to keep her daughter from ever leaving her side.

While the world will never know why exactly Dee Dee took on the roll she did, investigators and true-crime lovers alike all believe she had Muchausen By Proxy, a mental illness and a form of child abuse. The caretaker of a child makes up fake symptoms or causes real symptoms to make it look like the child is sick.

Gypsy was living in a literal hell, being forced to take medicines on top of medicines and having several surgeries to remove her salivary glands and even giving her an unneeded feeding tube.

She finally snapped, having her online boyfriend brutally murder her mother in June of 2015.

Many would say, without knowing the background story, that Dee Dee is the victim in this situation and the one to blame is Gypsy Rose and her boyfriend Nicholas Godejohn.

It’s the complete opposite. Children are told to believe their parents and do what they’re told; that’s exactly what Gypsy did.

“I feel like I’m freer in prison than living with my mom,” Gypsy stated, according to Newsweek.

Dee Dee’s actions toward Gypsy were abuse and will always be abuse, there’s no way around it. She was physically and mentally abused by her own mother her entire life. Upon delving deeper into the true story beyond the television screen, it is clear that Gypsy Rose Blanchard does not deserve the prison sentence she received.