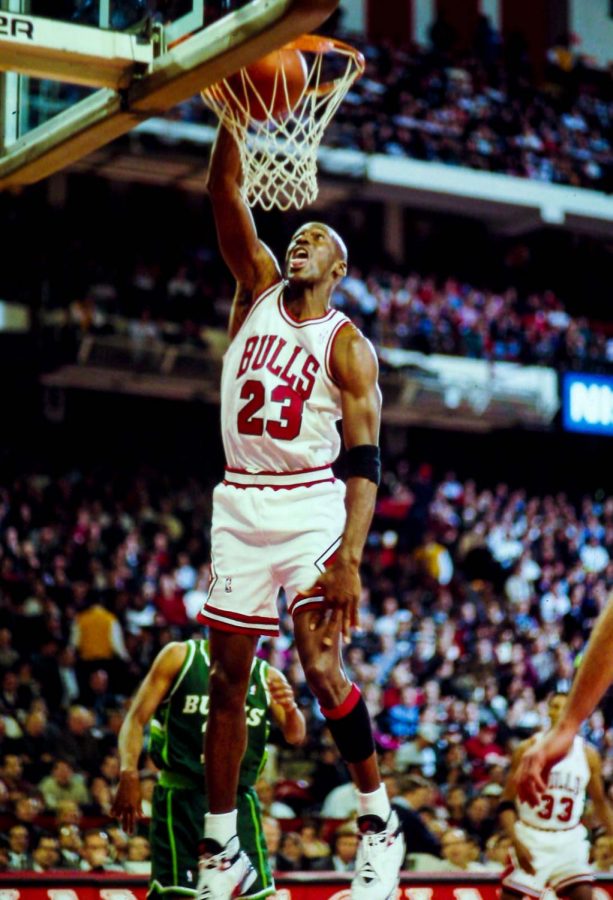 If you have seen your TV or social media within the last month you would have noticed an exciting new TV series called “The Last Dance” on ESPN. What is “The Last Dance” ? It is a docuseries about the playing days of the greatest basketball player to ever live. Let me tell you something about Michael Jordan. Six rings, five MVP’s, six finals MVP’s, three all-star game MVP’s in 14 all-star game appearances, and a rookie of the year award to go along with being the all time career season points per game leader in NBA history and many other accolades to his career. When people ask who the greatest basketball player of all time is, 75 percent of the world will tell you its Michael Jordan.  Some might say LeBron James, or Kobe Bryant, or Magic Johnson, or even Larry Bird, but they just don’t stack up to Mike statistic wise or gameplay wise. The way Michael Jordan would just take over games and demand himself to be better and his team would win on any given night is nothing short of amazing. There really hasn’t been anybody to do that since Mike. So who wouldn’t want to watch a documentary of being inside those situations with the goat himself?

Now “The Last Dance” isn’t completely over yet. It is supposed to air for ten episodes on ESPN. They have went through 6 episodes so far and they have been awesome. Covering rivalries with Isiah Thomas and the Bad Boy Pistons, Dennis Rodman as a teammate, Kobe Bryant playing like Michael Jordan, and many more that I cant spoil  for viewers who have not seen it yet. I recommend you do.

As a lifelong Chicago Bulls fan I always wanted to write about the great Michael Jordan. Now due to this series I get to cross of something on my longtime to-do list.